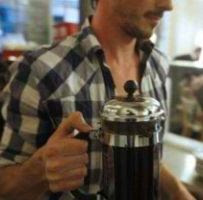 A blood test can detect it early, and the cancer can be graded on what is known as a Gleason score; the higher the score the more likely the cancer is to spread. There are 16 million survivors of prostate cancer worldwide, and one in six men in the United States will get prostate cancer during their lifetime. Risk factors are typically linked to Western high-fat diets, heredity, alcohol and exposure to chemicals.

The study examined 47,911 US men who reported on how much coffee they drank every four years from 1986 to 2008. Over the course of the study, a total of 5,035 cases of prostate cancer were reported, including 642 fatal, or metastatic, cases. The lower risk seen in coffee drinkers remained even after researchers allowed for other factors that typically boost risk and were more often seen in coffee drinkers than in abstainers, such as smoking and failure to exercise.
Posted by Marvin at 9:25 PM No comments: 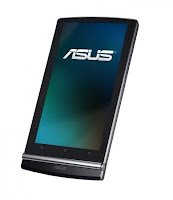 Asus has unveiled four new tablet devices during the Consumer Electronics Show 2011 (CES 2011) in Las Vegas. These devices offer a variety of options for different purposes. The tablets come in in three different sizes, with different functionalities, each one is designed with the user in mind. The owner can choose between an Android 3.0 Honeycomb OS or a Windows 7 Home Premium OS.
The smallest of these exciting new products is the Asus Eee Pad MeMO which highlights mobile flexibility. It has a 7.1 inch capacity screen. It is small enough to bring around with you. The MeMO is handy but big enough for easy note-taking using a stylus pen. With a Android 3.0 Honeycomb OS, the user can avail of various applications and options for for productivity and entertainment. And for added entertainment value, the MeMO has a Micro HDMI port that you can use to connect to an external display for a full 1080p HD video playback.

For a seven inch device, this gadget certainly has a lot of potential for work and play.
Posted by marvin at 11:03 AM No comments:

Here’s some very good news for gadget geeks and technophiles. To respond to the growing usage of the hottest new gadget trend, Globe Telecom has launched their Tablet Plans.
To complement your tablet and maximize its functionalities whether for work or play, you can choose the Globe Tablet Plan that fits you and your lifestyle. With a Globe SIM, you can get a Globe Tablet Plan for as low as P499 a month.

The P499 a month plan already comes with 50 hours of internet access on your tablet. Quite a long time for browsing the net and downloading all those information and applications.

For unlimited internet access on your tablet, avail of Globe’s Plan 999 for P999 a month. With this plan, you can fully enjoy your tablet’s internet browsing capability to check your email anytime you want, update your social network accounts, and to get or share information online. Anytime.

If you want a prepaid service, you can load P50 and enjoy an entire day (that’s 24 hours) worth of surfing. Or for five days of unlimited surfing, load P220. Whatever your lifestyle is and for whatever use you have for your tablet, there’s a Globe Tablet Plan for you.
Posted by marvin at 10:54 AM No comments:

GMA News Online recently launched two new applications for mobile, enabling users to download the latest news at their convenience. Powered by GMA New Media, Inc. (NMI), GMA Network’s digital arm, GMA News Online applications are now available for Android smartphones and tablets and for iPhone users as well. The iPhone app is recommended for use in iPhones but may also be used in the iPad.
The mobile applications for Android and iOS devices allow users to get news content at their leisure. They also provide automatic updates of news stories and photos when a connection to the internet is detected. When offline, users can continue reading previously downloaded content. Everything is downloaded directly to the mobile device. GMA News Online is the first Philippine news site with its own Android application.
Mobile phones using Google’s Android mobile OS are now the world’s fastest-selling smartphones. Based on independent research from Gartner Inc., Android-powered devices won the top spot in the US smartphone market. In the Philippines, entry-level models of Android smartphones are widely available for as low as P4, 000 per unit. Barely two months after its release in the iTunes Store, GMA News Online’s iPhone app is in the Top 3 for the news category in the Philippines.
Both apps have so far had an average of five star ratings from users. The apps offer other functionalities such as the sharing of news feeds via Facebook. Upgraded versions with video and audio streaming, commenting platform, and user-customization are being developed, according to NMI VP for Development and Operations Michaela Agcaoili. Meanwhile, GMA News Online Editor-in-Chief Howie Severino said that GMA is establishing itself as a local leader in the mobile Internet with the launches of the two apps.
Posted by Anonymous at 5:22 AM No comments: